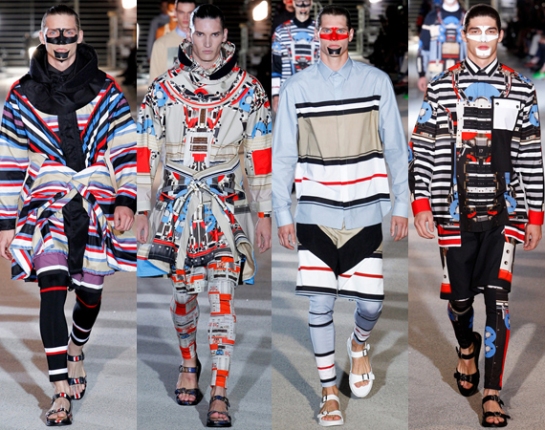 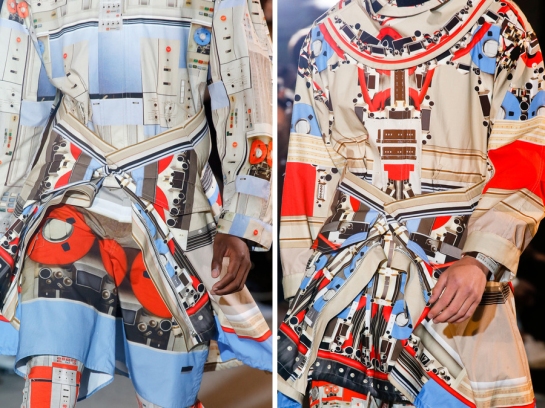 His prints were based on technology and brought together imagery as far a field as computer motherboards, circuitry, loud speakers, reel-to-reels, athletic jerseys, vintage photos of Masaï or Zulu warriors and tribal-inspired face paints. He fused all those motifs together with bold, sporty stripes and stars that also dipped into L.A. skate culture – a perfect mix of ethnic and urban. He broke down the images into their component parts and rearranged them in a perfectly symmetrical pattern, detailed in bright primary colours. 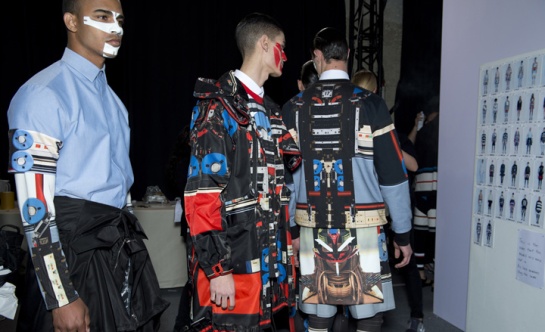 This collection shows Tisci’s exploration of the subject of freedom, which was the core idea of his collection, making references to technology and tribalism. Mixing all these concepts are interesting timing as it coincides with the launch of a constellation of 12 low-orbiting satellites above Africa to provide high-speed internet to African countries. They will serve countries that aren’t supplied by fibre-optic networks, which often run along the coasts of continents, but don’t always reach areas in the centre of the landmass. The project is the vision of communication provider O3b Networks, which was founded by an American entrepreneur, Greg Wyler, with support from blue chip companies such as Google, to serve the ‘other three billion’ (“O3b”).

It will help the development of this region by opening up new horizons for communication, connecting them to the global network for sharing information and ideas. It will hopefully bring values and principles of the internet too, capturing and enhancing the benefits that communication has for humankind, including innovation, creativity, self-expression, collaboration and democratic politics.